Bolton Medical is a multi-national corporation, which was launching a new thoracic stent-graft in the European market. When we were approached, the initial marketing and messaging campaign presented a few challenges on how to explain product differentiation. The device had been in development for a few years and the message made sense to the client but it was all-new to the target audience. While some of the catchphrases in the communications brief were self-explanatory, a few were not. Also, the product was to be sold in Europe where the messaging would meet language barriers.

BaxterMartin developed a fully-integrated educational marketing campaign based on relevant and differentiated messaging; and a crisp, clean graphic execution. The resulting execution allowed Bolton to effectively differentiate the Relay brand from competing devices and target busy physicians effectively and efficiently.

We promoted Relay Thoracic Stent-Graft and its Transport Delivery System in stages. The educational campaign assured that the target audience had time to assimilate the product benefits (which were many). The response from the medical community in Europe was phenomenal and the product launch, very successful. We mirrored the European model through the clinical trial process in the U.S. The Relay Thoracic Stent-Graft with Plus Delivery System has received FDA clearance and is on its way to revolutionize the American market. 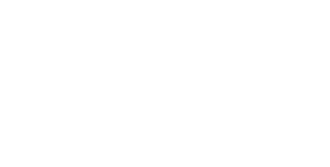